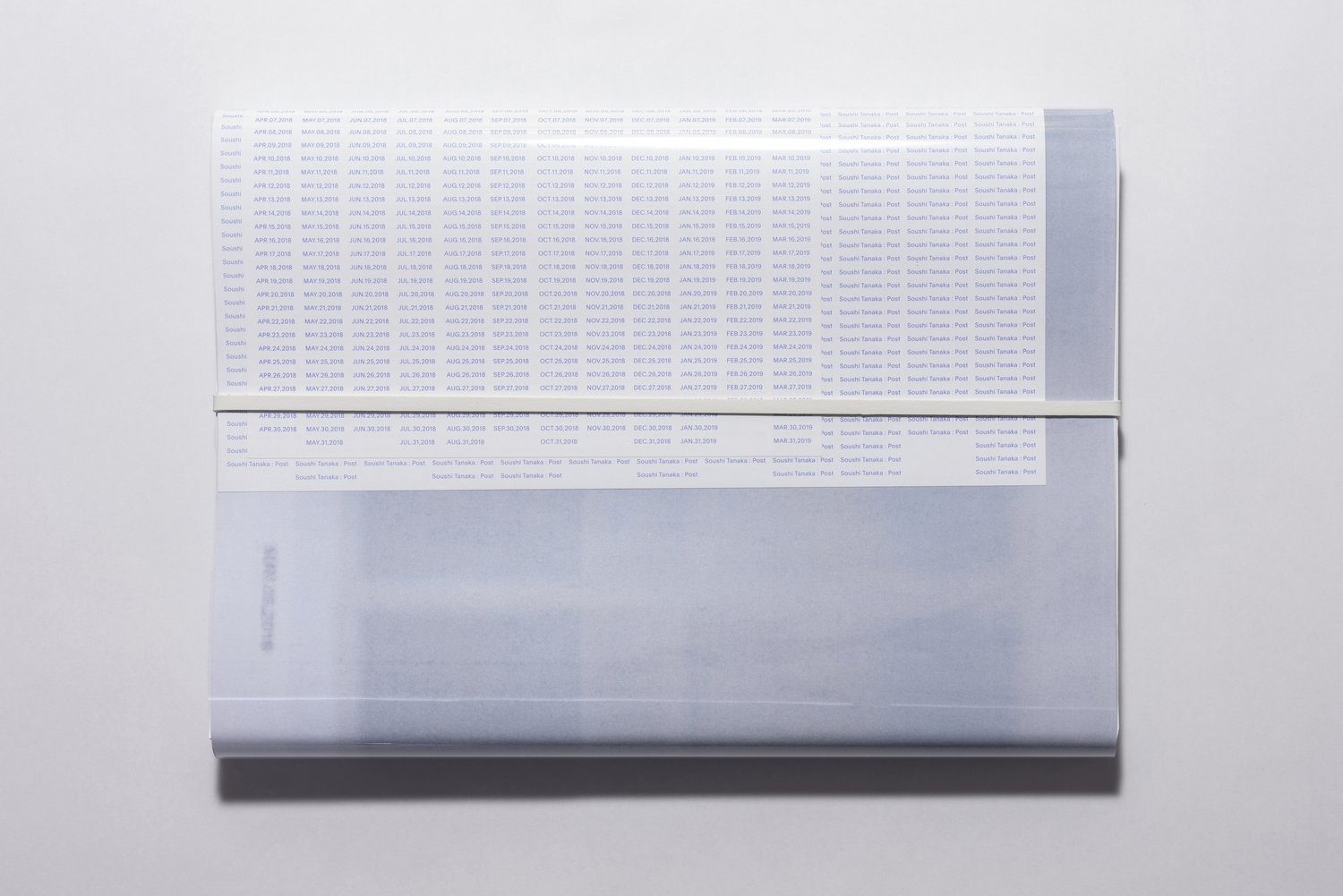 Within ongoing project ‘Post”, photographer Soushi Tanaka systematically takes images of each page of a newspaper each day using multiple exposures, generating data in order to demonstrate the behaviors behind production. With this method, each day all pages from a newspaper are combined into one image (Daily). These images are then reshot using the same method after each month (Monthly) and then all 12 months of a year are gathered and again reshot using the same method (Anually). Within this highly controlled process, Tanaka has produced work which is simultaneously mechanical and anthropological.

Shedding light on the white space which exists between idea and outcome, our goal with this publication was to display both the work and the forests of details which exist behind it. Post is a project inherently linked to its process, and as such to understand the work you must first understand the process. Therefor this book goes beyond simply showing the project in a completed state, and instead presents it within multiple dimensions.

Year wraps month, which in turn wraps day, and in this way we are able to sense with form and space the culmination of one year of Post, each image displayed in sequence for the reader to experience the subtle changes rise up as one day passes to the next.

Essays have been provided by photographer Osamu Kamekura, and Rei Masuda, curator at the National Museum of Modern Art, Tokyo, on the topic of Post; illustrating two different perspectives on the project.

The book also contains a disk with a video documenting the daily production methods used by Tanaka within the project.

A student of Osamu Kanemura, Tanaka focuses on the limits and structure of photography as a medium, as well as the function of machines (camera), the principles of how to utilize data generated by said machine, and the relevance of photos in relation to other media, Tanaka attaches great importance to the chemical and optical properties in photography, using mechanical properties to generate rules and use rules to automatically generate data. He uses this thinking as the basis of his work.

A machine (camera) can form images in different states from those in human eyes. Photographs can be embodiments of information captured from a flux of time, using machines. For him photographs are the records of remnants of time and information.

“Post” is a project that has been in constant development since April 2015. Each day, month, and year follows the same ritual -

Take photographs of all the pages of a newspaper from that day using multiple exposures, and combine them into a single image. (DAILY)

Take photographs of all the daily images taken within that month and combine them into a single image. (MONTHLY)

Take photographs of all the monthly images taken within that year and and combine them into a single image. (ANNUALLY)

The generated data will then be uploaded to various social media networks, and in the act of uploading data each day the process of creation is visualized.