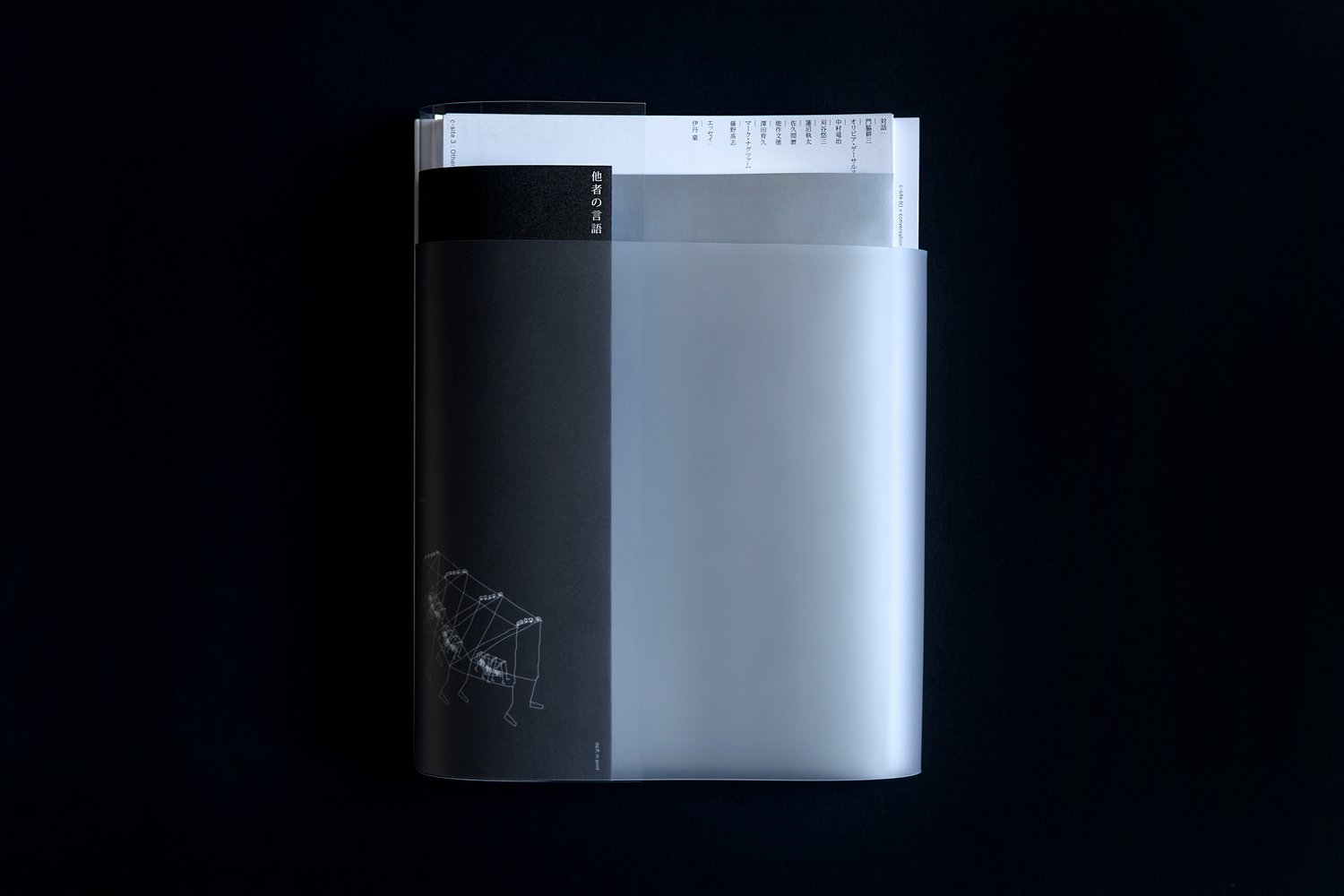 c-site (c = conversation) is based around an interdisciplinary discussion surrounding a singular topic, exploring it in physical and metaphysical terms. It has been removed from the typical interviewer/interviewee archetype. Rather, it has been formatted to take place in a sequential manner (a → b) , (b → c) … (j → a) where participant (a) will ask a question to participant (b), who after answering will ask a question to the next person down the list (c), so as to achieve a more natural and autonomous form of dialogue.

About the topic : Other -

A pupa lies dormant within its cocoon, generating a detachment between it and the external environment. From the perspective of this fragile pupa, branches full of natural fragrance, the rolling in of a dense fog, and coarse earth all belong to what can be described as ‘other’.

This tiny cocoon is recorded by dew in the form of a reflected image, and looking from the perspective of this reflection the universe itself becomes ‘other’.

This phenomenon could be generated manually by photographing the present moment, as the past and future would therefore become ‘other’. This would also be true for the gaps which lie between one single point of time to the next.

If we create in our own imaginations a unique space within which our consciousness can wander, all outside of this dreamt world can be referred to by using the word ‘other’, as can the the parts within the space which we don’t actively realize. The scale, distance, shape and complexity of ‘other’ is also constantly disturbed by the addition of new objects or by a change in scene and context.

Can ‘other’ exist at the same scale as a single cell? Can a subject coincide, replace, or influence ‘other’ from its own perspective? What are the differences in perspective from inside and outside in regards to ‘other’? If boundaries are blurred, how can we define what is ‘other’? Can the space (or interlaced relationship) between ‘other’ and a subject be observed? How many instances of ‘other’ can be generated through fixed-point observation? How can we distinguish ‘other’ from the white space which surrounds it? Can the original nature of things and the nature of ‘other’ be switched? Are there a variety of methods in forming ‘other’? From our own perspectives, can the phenomenon of ‘other’ be described as an illusion? Can ‘other’ in relation to time coexist with ‘other’ in relation to space?